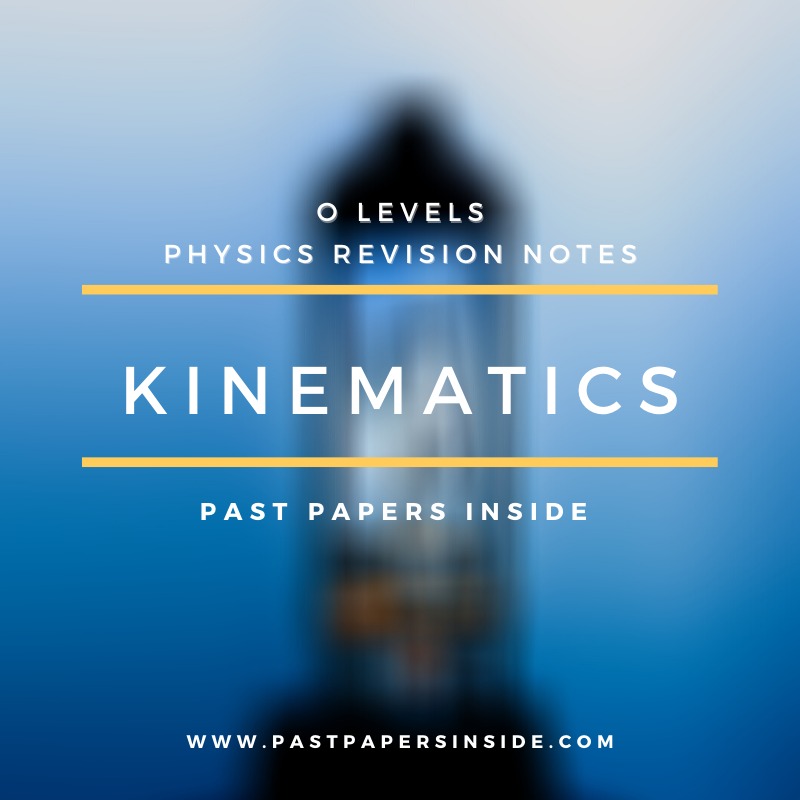 The average speed vav and average velocity  of a body during a time interval? t is defined as,

(b) A particle which completes one revolution, along a circular path, with uniform speed is said to possess zero velocity and non-zero speed.

Average acceleration is defined as the change in velocity  over a time interval? t.

The instantaneous acceleration of a particle is the rate at which its velocity is changing at that instant.

The three equations of motion for an object with constant acceleration are given below.

Here u is the initial velocity, v is the final velocity, a is the acceleration, s is the displacement traveled by the body and t is the time.

The displacement by the body in nth second is given by,

Position-time (x vs t), velocity-time (v vs t) and acceleration-time (a vs t) graph for motion in one-dimension:

(I) Variation of displacement (x), velocity (v), and acceleration (a) to time for different types of motion. 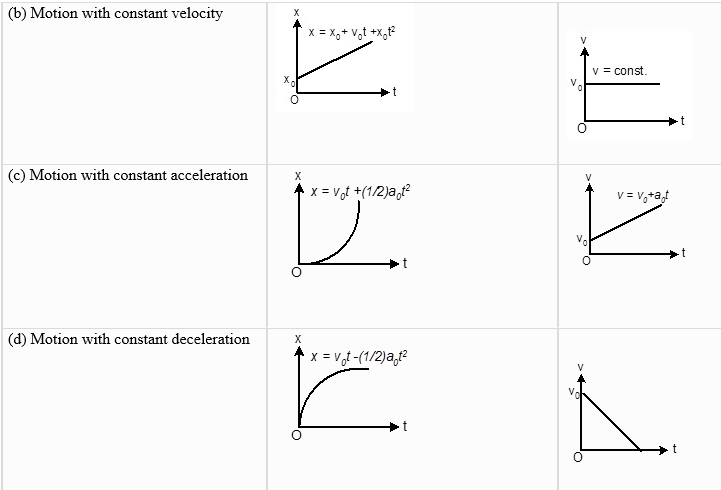 A scale or scalar sum of physics is often followed by units of measurement, may be represented by a single aspect of a number field such as a real number. A scalar is typically a physical sum of magnitude, probably a symbol, and no other properties. (e.g-mass, length, volume, density)

Vector quantities are those quantities that require magnitude as well as direction for their complete specification. (e.g-displacement, velocity, acceleration, force)

It is a vector having zero magnitudes and an arbitrary direction.

Vectors having a common line of action are called a collinear vector. There are two types.

The magnitude of the resultant vector:-

Here θ is the angle between and .

If β is the angle between  and,

If three vectors acting simultaneously on a particle can be represented by the three sides of a triangle taken in the same order, then the particle will remain in equilibrium.

The process of subtracting one vector from another is equivalent to adding, vectorially, the negative of the vector to be subtracted.

Resolution of a vector in a plane: 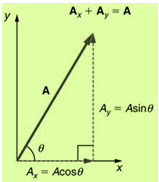 (a) Dot product or scalar product:

(b) Cross product or Vector product:

The unit vector of any vector is a vector having a unit magnitude, drawn in the direction of the given vector.

Equation of Motion in an Inclined Plane: 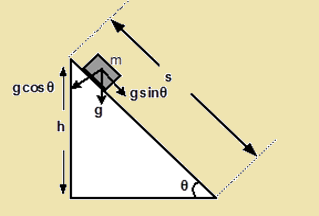 (iii) The velocity of the body at the bottom

Variation of mass:- Following Einstein’s mass-variation formula, the relativistic mass of the body is defined as,

Projectile motion in a plane:- If a particle having initial speed u is projected at an angle θ (angle of projection) with the x-axis, then,

The motion of a ball: